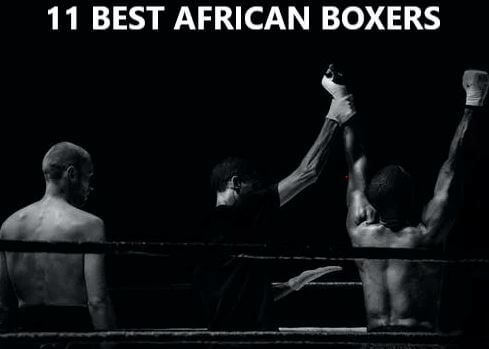 The world of boxing is a very competitive one. There are so many talented boxers out there that it can be hard to stand out and be recognized as the best. However, over the years, some African boxers have managed to do just that.

Compared to soccer, boxing provides a level playing ground for Africans and their Western counterparts. For instance, in 1974, Muhammad Ali won the World’s Heavyweight Championship for the second time by beating George Foreman. The ‘Rumble in The Jungle‘ match was held in Kinshasa, Zaire.

The top 4 best African boxers based on their wins, knockouts, losses, and draws are:

Many people confuse boxing and wrestling. There is a distinct difference between the two you should note. Boxing is a combat sport in which two people fight with endurance by throwing punches against each other. On the other hand, wrestling is a type of combat sport in which the fighters lock, throw, and takedowns on each other. You can check out the current highest-paid WWE wrestlers in the world.

Boxing is undertaken in rounds of one-to-three-minute intervals overseen by a referee. However, boxing is different from other games in that a winner can be declared before the completion of the rounds. This can happen in three instances:

The table below presents the top 11 best African boxers based on an updated ranking by the International Boxing Association (AIBA).

Boxers are classified according to their weights and this leads to divisions in boxing. Before the 19th century, there were 8 recognized boxing heavyweight classes. However, after the 19th century, weight divisions were formed to eliminate the handicap of smaller contestants’ conceding excessive weight to their opponents. As a result, there are 17 recognized boxing weight divisions as follows:

Boxing is a very tough sport, but over the years some African boxers have managed to stand out and be recognized as best. As a result of high competition in this sport, dedication and hard work are needed for a boxer to rank among the top 10. Therefore, the 10 listed African boxers are the best based on their exemplary performances. This is evidenced through their wins, knockouts, losses, and draws.