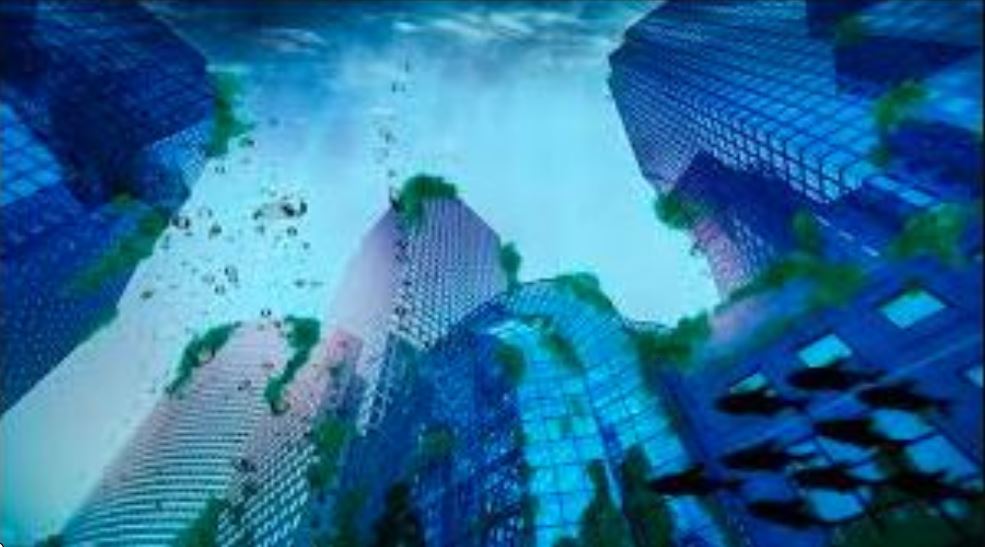 Have you thought of the idea that there are some cities under the water? It is fascinating to learn that once upon a time, there were cities somewhere that were covered with water. Most of these cities were advanced to greater levels during their times. Therefore, these were cities that could be compared to the modern-day Washington DC. As illustrated by the famous legend Atlantis, some of these cities were abandoned and later covered by water. However, although it is difficult to figure whether Atlantis existed, it is a fact that there are places once-great underwater cities. Therefore, we have compiled a list of fascinating underwater cities you should know.

The Lion City is a famous tourist attraction site in China. The city is said to have been discovered during the reign of the Han dynasty more than 1,800 years ago. However, this city was covered by the waters of Lake Qiandao in China. The city was once part of Chun’an and Sui’an. According to National Geographic, the city was submerged in 1957 following a government directive to establish a hydroelectric power plant in the region. However, the station ceased producing electricity, therefore, the region is a tourist center. In modern-day China, the remains of this city are approximately 120 feet under the water.

The evidence of the existence of this city is the belfry of the city’s cathedral that still rises above the water. Essential development had been taking place in the city up until 1917. After this year, the city ceased as an essential commercial center. As a result, it lost its initial power that attracted people and activities. Therefore, in 1940, much of the city submerged as a result of the construction of the Úglich reservoir. The people living in the place were later transferred to safer places.

This is one of the most fascinating underwater cities you should know. The fascinating aspect of this city is how the Egyptian mythological symbol, as large as this one was found along the coast of Japan. This has been a heated topic among scientists who are still discussing to understand is man-made or was a result of natural phenomena. However, research has illustrated that the pyramid has been in existence for more than 11,000 years.

Port Royal was among the largest cities in Jamaica before it was submerged. The city was loved by many as most people liked visiting it. Additionally, the city was considered the ‘Most sinful city of the World.’ As a port, many people enjoyed relaxing and enjoying their lives here. As a result, most of the activities undertaken in this place were sinful. Port Royal was also the ‘Pirate Hub of Jamaica.’ The city submerged in the ocean in 1692 due to a big earthquake that hit the country. As a result of the earthquake, which was an unexpected occurrence, many inhabitants of the city perished. However, it is claimed that the incident was God’s punishment for the sinful life of people in the city.

5. Dwarka, Gulf of Cambay in India

This list of fascinating underwater cities you should know cannot end without this city. Dwarka is considered the ancient home of Lord Krishna in the Hindu religion. The ruins of this city were discovered in the 2000s proving that it existed in ancient times. The ruins were discovered 125 feet under the Indian Ocean. Therefore, Dwarka is considered one of the seven oldest cities in India.

This was the best spa town in central Argentina. One factor that attracted many people to this city was the supposedly healing water of Lake Epecuen. Moreover, the region was strategically located close to Buenos Aires. However, the beauty of this city came to an end on November 6th, 1985 when the city vanished. Lake Epecuen completely flooded this town after heavy rains in the region. People who stayed in the city lost their properties with some dying. However, in 2009, the lake began receding that led to the discovery of Pablo Novak as the only resident of the city.

The city was located at the Gulf of Naples in Bacoli. Baiae is considered to have been the Las Vegas of ancient Rome. Moreover, it was a luxurious city that attracted noble people from the Roman empire who came to enjoy hot springs located here. Additionally, the city is considered to have been hosting the most corrupted deals in the world. Much of the city submerged in the sea in the 8th century. The reason for the submerge was volcanic activities in Italy.

The remains of this city are evident between the coast of Southern Laconia and Elafonisos Island. According to historic sources, this city existed during the early Mycenean era. Therefore, this is a city that has been in existence for more than 6,000 years. The city was digitally surveyed in 3 dimensions in 2009.

9. The Lost Villages of Ontario Canada

The lost villages are made up of 10 towns in Canada. The towns made up the municipalities of Cornwall and Osnabruck in Ontario. The regions submerged as a result of the construction of a waterway in 1958. The evidence for the existence of these villages to date are sidewalks and visible buildings above the surface of the water. To commemorate these villages, a museum was built and dedicated to keeping the memory of these regions alive. The main exhibit in the museum is some buildings removed from the villages before they got submerged.

This list of fascinating underwater cities you should know could not end without the oldest underwater city found in Israel. Atlit-Yam was an ancient Neolithic village for more than 8,000 years. The city was evidence of the existence of an organized life during this period.