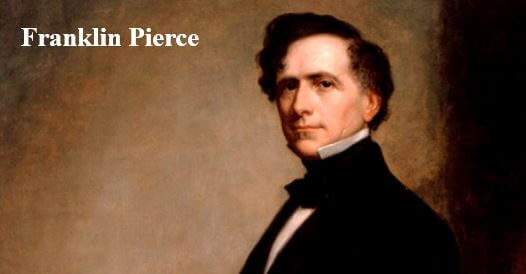 Franklin Pierce was the 14th President of the United States. He served from 1853-1857, which is a much shorter term than many other presidents in American history have had. His presidency was marked by an expansionist foreign policy and failed attempts to enforce pro-slavery laws in Kansas. This article answers the main question, “How did Franklin Pierce die?” It is a question many people especially in the U.S. ask.

Franklin Pierce died of liver cirrhosis at 4:35 am on Friday, October 8, 1869, aged 64. Pierce was attacked with liver cirrhosis because of his heavy drinking habits. He was a heavy drinker for much of his life and this is attributed to the grief he developed especially after the death of his children. Additionally, Franklin had spinal tuberculosis which led to paralysis of arms and legs before death. However, this was not the main cause of his death.

Find out: 17 U.S. Presidents that were Senators

Pierce’s presidency was marred with grief. Shortly after his inauguration as the U.S. President in 1853, his youngest and only surviving child, Benny, was killed in a train accident. Benny’s death cast a shadow over Pierce’s term in office as President. Jane Pierce, his wife, became emotionally unstable and the president’s behaviour also changed. He was an alcoholic who often drank alone in the White House, even during major events such as diplomatic meetings with foreign dignitaries.

The death of his son had a negative impact on Pierce’s later life because he started drinking excessively to cope with it. This continued until 1863 when Jane died as well.

Therefore, Franklin Pierce’s years in office from 1853 to 1857 were filled with agony and misery. This explains his grief and inability to deliver as per the expectations of the President of the United States (POTUS).

Check out: The 4 U.S. Presidents who were Assassinated in History

Pierce’s administration was not a successful one in the history of the United States. It is believed that Pierce was elected President due to the division among the democrats regarding slavery. As the 1852 elections approached, the democrats, including Pierce decided to support Levi Woodbury. However, Woodbury died in September 1851, paving way for Peirce.

Pierce’s administration did not fare well in terms of foreign policy and failed attempts to enforce pro-slavery laws in Kansas. This led him to lose support from fellow democrats during his run for re-election in 1856. Pierce was succeeded by James Buchanan who was among U.S. Presidents who did not seek re-election after serving their first term.

What is Franklin Pierce best known for?

Franklin Pierce was best known for his stance on the expansion of slavery and his opposition to anti-slavery policies. This notion was evidently seen during his presidency when he vetoed the Kansas-Nebraska Act which he believed would limit the expansion of slavery in new territories. He also opposed giving up land to California due to his favour for slave labour and was pro-slavery.

Pierce’s presidency is considered one of the worst in U.S history despite his strong support from democrats during his re-election campaign. He was also known to be a talented politician, yet his personal life heavily affected his political career and ultimately led to the end of it.

What happened to Franklin Pierce after he was president?

After serving as President, Pierce retired from public life and returned home to New Hampshire. While at home, Pierce decided to resume his law practice. In one instance, he defended the religious liberty of the Shakers who had been threatened with legal action over abuse accusations.

Franklin Pierce died of cirrhosis of the liver on October 08, 1869. His health had been declining during his retirement and he passed away at a hospital in Concord, New Hampshire. He was 64 years old when he died.

Pierce was buried at the Old North Cemetery in Concord, New Hampshire. He was buried alongside his wife and two of his three children.

Pierce’s presidency was not considered to be a success, but he was well-respected for his work as both an attorney and politician. He left office with several unresolved issues between the North and South that would lead to future problems during James Buchanan’s presidency.

We hope the recurring question, “How did Franklin Pierce die?” is fully answered.