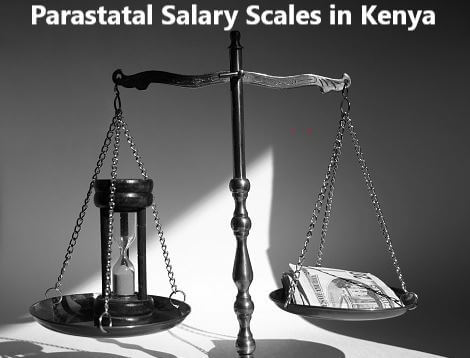 Kenya has gone through significant economic changes in the past 50 years. As of today, Kenya has one of the fastest-growing economies in Africa. However, even with this growth, there are still many challenges to overcome. One challenge is how to keep salaries for government employees competitive when compared to private-sector workers. The Kenyan government set out on an ambitious plan to re-evaluate and scale public sector pay scales upwards through the Salaries and Remuneration Commission (SRC). The government was doing so to make its employees’ pay more comparable with their counterparts in the private sector. However, the move was met by opposition from various interest groups who felt that these new wage rates would be unsustainable for both public servants and taxpayers alike. In this article, we present the updated parastatal salary scales in Kenya.

In a bid to ensure standardized pay for parastatal employees, SRC set the highest pay for parastatal chiefs at a maximum of Ksh. 1 million. The SRC salary scale sets Ksh. 253,333 as the minimum amount earned by any CEO in service and regulatory State corporations. On the other hand, the highest-paid CEOs in the service will receive Ksh. 812,970 per month.

While determining this salary scale, SRC evaluated 9, 843 jobs in the service and regulatory corporations and 6,270 jobs in the commercial sector.

Principles of Pay Determination by SRC

Serem said that SRC used the following principles to determine the pay structure:

Salary Scales of the highest paying parastatals in Kenya

Kenya has 49 commercial state corporations among them KenGen and Kenya Power. The SRC parastatal salary scale sets the highest-paid CEO in these corporations to earn Ksh. 903,300 while the lowest to get Ksh. 281,481 monthly.

The best paying parastatals based on the SRC salary scale

The table below shows the highest paying parastatals based on the parastatal salary scale in Kenya:

Advantages of Salary Scales in Kenya

The following are the key benefits of salary scales in Kenya:

Benefits of Working in Parastatals in Kenya

Working for parastatals in Kenya will provide you the following benefits:

Unlike in the private sector, parastatals offer employees job security. They are not laid off easily and workers can be assured of work until retirement.

Parastatal employment comes with a uniform benefits package such as health insurance cover for you and your family. You are also entitled to a mandatory provident fund contribution among other bonuses.

Parastatal employees enjoy a stable job environment where promotions are based on merit and performance. This is unlike in private organizations which base their hiring decisions on the academic background of the candidate.

Kenyan parastatals are among the best paying institutions in Kenya. They pay competitive salaries that are good enough to attract the best brains into their organizations.

In a parastatal, you can easily move from one department to another as your skills and performance increase. This means there is no ceiling on how far you can go with a single organization.

Unlike in the private sector where employees are expected to be on call 24 hours a day, parastatals have flexible working hours that allow you enough time with family and friends. You can also leave early or come in late depending on your personal needs without worrying about being penalized.

The updated parastatal salary scales in Kenya denotes the salaries earned by different employees in Kenyan parastatals. Parastatals are government institutions that provide services for the public. They include commercial, service, and regulatory corporations among others. The SRC came up with salary scales as grading systems to determine the salaries of employees in parastatals and civil service based on their positions and performance levels.