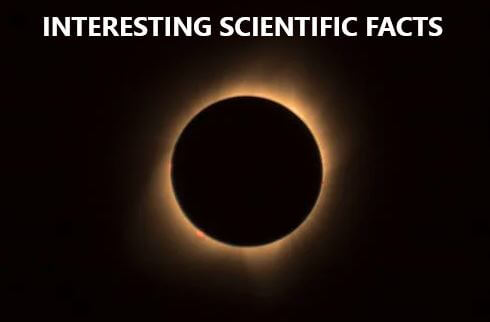 Did you know that the only living things on earth without a cell nucleus are bacteria and archaea? Or that humans share 98.8% of their DNA with chimps? If these facts sound interesting to you, then this article is for you! In this post, we explore five of the most interesting scientific facts.

There are many amazing discoveries that have been made over the years in science. Moreover, many fascinating developments have taken place to help us understand our world and how it functions better than ever before! Here are 5 of the most interesting scientific facts out there today:

1. Living things without a Cell Nucleus

On the other hand, all eukaryotes (like mammals) have complex cells. In these types of cells, the genetic material is protected by a membrane-bound nucleus.

Are you wondering how it’s possible for prokaryotes to survive without a cell nucleus? Well, these organisms are unicellular with a nucleoid that contain a single chromosome. The single chromosome is basically a double-stranded DNA molecule.

Find out: Top Ten Causes of Bad Breath in Humans

Science reveals that human beings share 98.8% of their DNA with chimpanzees! That means that we are actually more related to them than they are to gorillas or fruit flies for example. However, scientists believe that this figure is likely to be low because of the error in sequencing methods.

Humans and chimpanzees are members of the Hominidae family. Other members of this family include gorillas, orangutans, gibbons among others. Thus, we evolved, together with these animals, from a common ancestor around seven million years ago.

As much as 98% of human DNA is the same as chimpanzee DNA, we share around 70% with most mammals. Scientists believe that we will be able to map the entire DNA of our closest living relative (the chimpanzee) in a few years from now. This would help us understand how human and chimp characteristics evolved over time.

3. The Periodic Table is actually Quite New

Contrary to popular belief, the periodic table is actually quite new. In fact, it was developed in 1869 by Dmitri Mendeleev.

The Periodic Table has been a very important tool for scientists ever since its introduction in the 19th century. It helps them classify and understand different elements that exist around us from when they were discovered to how they interact with each other.

The scientists of the past did not know about all the elements that exist today. As a result, Mendeleev organized them in a way to help him visualize their similarities and differences more easily. He also predicted where he believed new elements might be found. The table had specific boxes which were able to accommodate different types of elements.

The table has helped us understand the chemical properties of different elements better over time. For this reason, it’s an important part of science education today.

4. The Number of Times Lightning Strikes the Earth in a Year

Lightning kills about 49 people per year in the U.S. Hundreds of others are left injured. Lightning is a massive discharge of electricity that takes place between clouds or within a cloud. It’s also a huge spark caused by some sort of friction from colliding ice particles and raindrops inside the clouds during precipitation.

Lightning happens when the positive and negative charges in a cloud become too unbalanced. This causes an electrical current to flow through the air and is seen on earth as lightning.

The earth’s magnetic field has been slowing down since 1840, but scientists now believe it may be speeding up again. The natural fluctuations of our planet’s geomagnetic field have been going on for hundreds of millions of years. This could be a sign that something more serious is happening.

The magnetic north pole has moved 34 miles a year towards Russia since the last update in 2015. Scientists believe the change may not seem significant to us humans because we don’t live long enough to notice anything different from time to time.

However, the fact that it’s moving is a sign of something more significant going on in our planet’s core. The change could be linked to changes in the earth’s magnetic field or earthquakes and volcanoes. This means we should pay attention to these kinds of phenomena from now on because they might affect us all sooner than we think.

In summary, science is a vast field of study. There are a number of most interesting scientific facts that we should all know and appreciate. The five facts presented in this article are just among the many interesting discoveries in the science field.