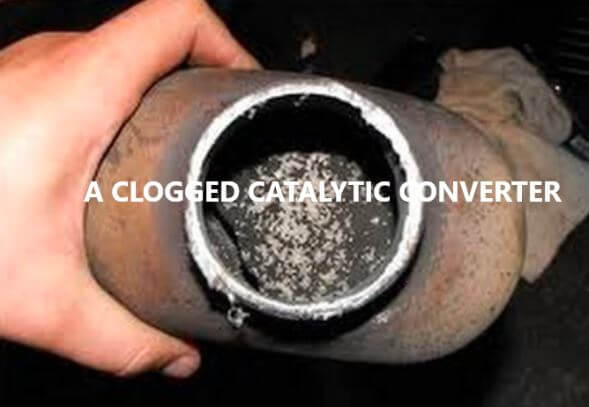 A catalytic converter is a key component of your car’s exhaust system. It is located near the engine and converts carbon monoxide, hydrocarbons, and nitrogen oxides into less toxic substances. The conversion is done by passing these substances through a honeycomb of precious metals called platinum or palladium. The presence of these metals in the catalytic converter leads to their name, “catalysts”. However, it will be difficult for a catalytic converter to do its job properly if it becomes clogged with debris or soot from the engine. One way that this can happen is when fuel injectors clog up due to impurities in the gas or oil being used for fuel. This leads to the question, “Can a catalytic converter unclog itself?” We have provided a detailed answer to this question below.

Yes, a catalytic converter can unclog itself partially or fully. The catalyst will work to clean out the clog slowly over time as it is exposed to exhaust gas that passes through the converter, but there are times when this process may not be quick enough.

What Is a Catalytic Converter?

A catalytic converter is a pollution control device that works to decrease the amount of pollutants in car exhaust. It converts toxic gases emitted by the car’s engine into less dangerous substances. The oxygen-reduction reaction that takes place in the cat converter is energy-intensive. It occurs over high heat and can cause an increased amount of build-up and clogging in your converter. If this happens, you should expect a catalytic converter failure.

A clogged catalytic converter does not function as efficiently as it should to clean the exhaust gas of pollutants. Catalytic converters are designed with precious metals that help reduce toxicity in car exhaust by converting harmful gases like carbon monoxide and hydrocarbons found in the fumes produced through combustion.

Find out: Will a Clogged Catalytic Converter Cause Loss of Power?

Conditions for Which a Catalytic Converter Can Unclog Itself

The key here is to use car-specific cleaners that won’t damage your engine or catalytic converter. Follow the manufacturer’s instructions carefully when using these products, as they differ based on the make and model of the vehicle. As you clean the cat converter, ensure to check the ceramic material. In case it is melted you should change it.

Leave it overnight if necessary for best results.

Find out: How to Use Catalytic Converter Cleaner

Reasons Why Catalytic Converters Gets Clogged

• Engine coolant or antifreeze mixing with the oil. This causes sludge to build up in the engine, which results in a blockage of the cat converter.

• Rust and dirt particles blocking it from within.

• Water leaking into the engine oil due to faulty gaskets or seals. This causes rust and dirt particles in the presence of water, which is an ideal recipe for clogging your catalytic converter.

• A faulty oxygen sensor also causes the car’s computer system to reduce power and run inefficiently resulting in increased emissions, which may lead to your cat getting clogged. It is advisable to always check your oxygen sensor with your mechanic. In case of any fault on the oxygen sensor, the expert will notify you on time.

How to Make a Catalytic Converter Unclog Itself

A clogged catalytic converter can unclog itself (One that is partially clogged).

Unclog Catalytic Converter With a Hammer

A hammer can unclog a clogged catalytic converter.

Take the car for about half an hour of driving at high speed on the highway to loosen the clogs. Raise the car as high as you can (loft will work well in this situation). Give it dead blows to the center, front, and rear of the catalytic converter. Hitting a clogged catalytic converter with a hammer destroys the inside and loosens the dirt which is then blown out.

How to Unclog a Catalytic Converter With Baking Vinegar and Soda

This is the cheapest way to fix a catalytic converter. Use the following procedure:

The acid in this solution will dissolve clogs caused by oil or antifreeze leaks and make them easier to remove later when you take your car for a checkup at an auto shop.

If you notice a leak under the car, use a solution of baking soda and water to clean it up first by scrubbing with an old toothbrush or rag before adding the vinegar/baking soda mixture. This will prevent more stains on your garage floor as well as help dissipate any fumes that may be released while letting the solution work.

You can also use this method to clean up stains caused by antifreeze leaks under your car, bu never mix ammonia with vinegar. The two, when mixed produce poisonous fumes that are harmful to pets and people.

How to Diagnose a Clogged Catalytic Converter

To confirm if you have a bad catalytic converter, it is recommended to use an OBD-II system. Plug the OBD-II system into the port located under the steering wheel (if you can’t find one, please consult the owner’s manual). The motor will automatically start. Wait for scanners to produce code then look it up at their owner’s guide to see if they’re clogged. Most catalytic converters are diagnosed in this manner.