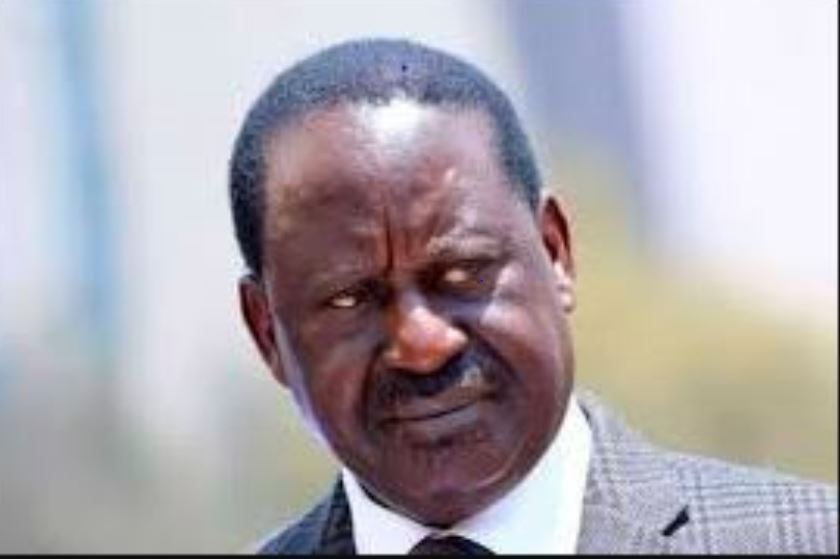 The handshake between President Uhuru Kenyatta and ODM leader Raila Amollo Odinga on March 9, 2018 shaped the social and political landscape in the country. It was because of this handshake that the animus between Raila and the President came to an end. This explains why Raila has been speaking with the voice of a shareholder in a co-presidency with Uhuru as evidenced by his role in steering the BBI agenda. However, as things keep unfolding, all is not well in the ODM camp as Raila smells betrayal.

Senate Minority Leader James Orengo revealed a secret between the President and the ODM leader Raila Odinga. According to Orengo, the woes between the President and Raila began during the revenue allocation impasse in the senate as witnessed by their inability to access the head of state. The indifference between the Uhuru and Raila was further evidenced by the utterances by the Senate Majority Whip Irungu Kangata when he claimed that the Kenyatta-allied politicians would abandon the Building Bridges Initiative (BBI) if the Odinga-allied MPs did not help them to push through the revenue-allocation formula, based on population size; a position viewed by many as favoring Mt Kenya region.

These events have caused internal conflict between the two political outfits in the country. The Kenyatta side feels that they are not getting enough support from the Odinga-led team. On the other hand, the Orange party leadership is reading a political betrayal by Uhuru. According to ODM, the president wants to throw Mr Odinga under the bus and that BBI is just an excuse to keep Mr Odinga on the track.

Mr Odinga played a role in politically neutralizing Deputy President William Ruto after the handshake. As a result of the influence of Mr Odinga, Ruto has fallen out with the President. The presence of Raila through the handshake has aided in weeding out DP’s allies from parliamentary leadership. Despite all these, there are murmurs of Kenyatta betrayal within ODM as alluded by Mr Orengo.

A top Jubilee party operative who declined to be named while speaking to the Sunday Nation made the following statement in relation to the betrayal, “In everything we do, including with William (DP), the deal is reciprocal and above board. We skin the animal and share out the meat in the open. And this explains why Raila is today enjoying powers and influence only second to the President, courtesy of state machinery. And for kicking out Ruto-friendly MPs, his MPs have been rewarded accordingly, including the likes of Gladys Wanga, who now chairs a plum House committee. This matter is sorted out and we have no political debt.” According to this statement, Raila is not guaranteed of Uhuru’s support towards his 2022 Presidential ambitions. By the fact that he is enjoying powers, he has received his share of being in the government. Only the political professors and those who read outside the box can understand the meaning of this statement in terms of betrayal.

If you want to know why the ODM brigade has smelt betrayal, the same Jubilee operative, while speaking to the Sunday Nation claimed that the President does not have any political debt. While responding to DP Ruto’s allies who have consistently lamented that the President has reneged on a deal to support Mr Ruto’s Presidential bid, the operative said, “The DP enjoyed his share of power and control of half the government during the first term in office, and is therefore settled.” This statement, thus makes it clear why the ODM brigade is being betrayed.

During the launch of the BBI at the Bomas of Kenya, Raila was not happy with the conduct of the President when referring to the Deputy President. In fact, the manner in which the President made fun of his Deputy did not amuse Raila. The President made a joke of his deputy by saying, “Lakini sasa my brother William hapa amepinduka anakimbia nyuma.” a statement seen to only blind fold Mr Odinga. However, all these are considered as political competitions and not necessarily betrayal.